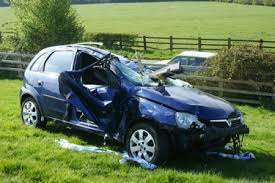 The first thing any passenger hurt in a motor vehicle accident must do is seek immediate medical attention. There will be an official police report, as well as, a receipt for emergency room treatment if you receive medical care. Make sure to keep the records in a safe place so that you can take them to a car accident attorney.

Passengers May Have Additional Coverage

In many situations, a passenger in a car accident may have several options available to make insurance claims. Individuals who experience an accident while a passenger in an “at-fault” vehicle, or caused by multiple at-fault vehicles, can file both third and first party claims. These claims are filed against the same insurance policy as the result of a new law enacted.

Claims Against Both Drivers

How This Gains More Compensation

The new law allows an injured party to file what is called a “joint tort feaser.” In the past, there was no provision for filing an under-insured motorist or uninsured motorist claim. The Supreme Court changed the law in 2009, allowing injury victims to pursue claims for underinsurance benefits. This is available because the state mandates a minimum coverage of $15,000.